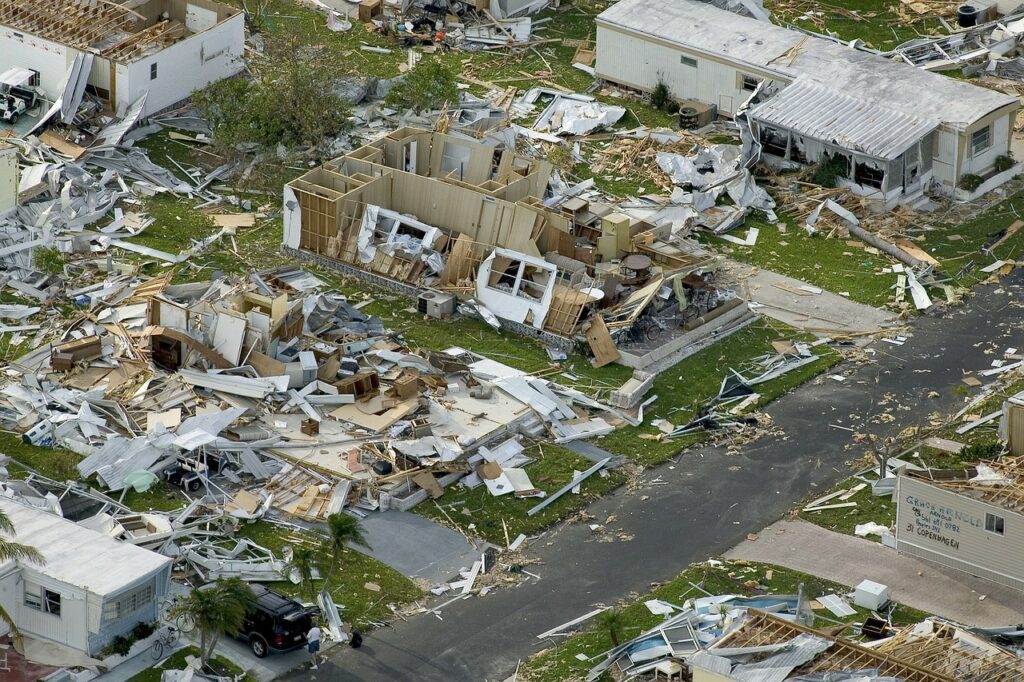 This article discusses the longer term impact that an incident may have on the affected community, the mechanisms by which the community recovers, and factors affecting successful recovery. The literature suggests that in contrast to the immediate social response, the long term community response to disaster may be more negative, characterised by community conflicts, stigmatisation of the affected area, and mistrust of authorities, which constrain community recovery. Community recovery presents a long-term challenge however, and successful outcomes can be influenced by the interventions, actions and communications of authorities.

Once the initial stages of an emergency situation have passed, many of the altruistic and positive social responses immediately following the incident can give way to disillusionment and the harsh reality of loss and grief (Kaniasty & Norris, 2004). Once the community no longer functions on an emergency basis, it can be characterised by confusion as old systems and structures reassert themselves, only now challenged by a new situation with the potential for conflict. New bonds and subgroups formed from closely shared experiences in the immediate aftermath of a disaster (Drury & Winter, 2004; Yelvington, 1997) can also be a source of negative emotions, resentments, anger, depression, and so on. Factions can form and groups may split (R. Wraith & Gordon, 1988).

Moreover, worries about contamination and long term heath effects can lead to lower community satisfaction, falling house prices etc. that can further engender feelings of hopelessness and mistrust of officials (Gill & Picou, 1991; Hyams, Murphy, & Wessely, 2002). Reactions of paranoia, scapegoating, and demoralization could also lead to the re-ignition of resentments, conflicts, competition for resources and the erosion of community relationships (DiGiovanni).

However, these rather bleak conclusions are not the only social outcomes for communities and their members. Indeed some reports suggest there can be positive gains from a traumatic disaster situation. Many survivors of the sinking of the Herald of Free Enterprise, for example, subsequently reported changed life priorities and personal transformation (Drury & Winter, 2004).

This article is an extract from my 82-page report "Psychological and Behavioural Responses to CBRN Disasters: Implications for emergency response, community, and business continuity" Get the full report...

This framework is not only useful for conceptually organizing the varied community responses observed, but also for highlighting the areas of community recovery that can be proactively managed.

A number of strategies can be relevant to managing the social and psychological recovery of the community. These are

Similar recommendations are to be found elsewhere in the literature. For example:

Recovery of communities affected by disasters is a long-term affair. Much of the business of recovery is performed by community members, both individually and by acting collectively. Nevertheless, the management of the long-term recovery by government and other agencies can crucially affect the outcome, as one recent report into the long-term crisis management of the Amsterdam plane crash, at Bijlmermeer on 4th October, 1992, illustrates. This disaster involved an Israeli cargo plane which, like many planes, contained depleted uranium as tail ballast. It was also subsequently discovered to have been carrying a military cargo, rumoured to include the ingredients for Sarin gas (Boin, van Duin, & Heyse, 2001).

The CBRN element to this disaster proved to be a particularly significant element in the social and psychological recovery of the community. Although management of the emergency created by the initial crash was very effective, the importance of longer term post-disaster care was consistently under-estimated.

The study showed that immediately after the disaster most health complaints were mental; but subsequently as the uncertainty and corresponding unease about the cargo of the plane increased, the number of physical complaints increased as well. People who were directly involved in the disaster suffered more from PTSD-related symptoms, whereas those living in the wider vicinity of the disaster site suffered mostly from physical problems. See also this article on community responses. The report argues that the occurrence of physical disorders in the longer term indicates a new form of collective stress (c.f. Gulf War Syndrome) (Erikson, 1994), compounded by partially withheld information from authorities, and fuelled by media stories and speculation.

“The Bijlmer air crash thus became a “long shadow crisis”. In an effort to explain the scope and duration of this crisis, we have to make a distinction between first-order or “root” causes (why the plane crashed) and second-order causalities (how government made things worse). The apparent success of the initial emergency response seemed to allow for a rapid return to normalisation. This case shows, however, that things will never be the same after a disaster. If public authorities are not aware of the vulnerable texture created by the disaster, their “routine” approach to a traumatised community may give rise to a host of unintended and undesirable consequences” (Boin, van Duin, & Heyse, 2001 p. 228).

Concerns about health can cause collective fear that endures long after the immediate disaster response has concluded and the community has been returned to normal. CBRN seems to have greater potential to create such a shadow disaster. Indeed the process of returning a community to normal as quickly as possible does not address this issue.

A key factor is the provision and communication of a steady flow of reliable information, disseminated both within and between the organizations involved, towards the various categories of victims, the mass media, and the public. Included in the report’s recommendations for diminishing collective anxiety are the establishment of a long term information unit (such as provided at the Enschede firework storage explosion in 2000); immediate instigation of health research; and the promotion of self-help groups (Boin, van Duin, & Heyse, 2001).

I'm interested in understanding how people communicate, relate and behave on the Internet, social media, and the Web. I do independent research, write and publish, and have contributed to over 20 books. I provide training and resources to help people build their digital resilience, and website design and hosting for researchers and authors.