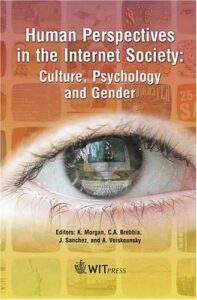 Groups are traditionally defined in terms of the interpersonal bonds that exist between group members and thus cohesion is based on the strength of those bonds. The transition of this definition of the group onto online groups leads to attempts to emulate face to face behaviour through presentation of group member pictures, video and detailed personal descriptions. However, this can be problematic due to reduced bandwidth and individual cues necessary for supporting interpersonal behaviour.

Two longitudinal field studies of computer-mediated collaborative learning groups investigated these issues. Cohesion in the groups was achieved through the application of this approach to both the design of the group tasks and
communication environment, and results showed amongst other things, that cohesion was determined by identification with the group, and that this identification was associated with increased accountability, decreased conflict and, furthermore, positively influenced group productivity (measured by the group mark) through group member prototypicality.

This paper discusses the theoretical approach outlined here, the specifics of the two longitudinal studies and the wider implications of this approach to online groups.