This example illustrates the importance of clearly specifying your theory in terms of moderators and mediators.

It’s taken from an advisory session with a PhD student who approached me to discuss how to test her theory. Her project was looking at the link between language deficit and self-esteem in young adults. 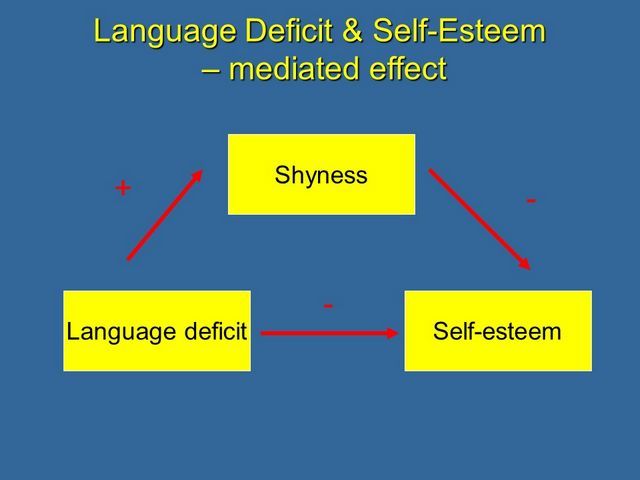 So her theory stated mediated effect and a mediation analysis was required to be performed. (I cover how to do this later).

However, her original proposal was to use ANOVA in the classic way to test main effects of language deficit and shyness and an interaction term. So the theoretical model she was assuming was in fact a moderation effect not a mediation. Here’s what the ANOVA model looks like. 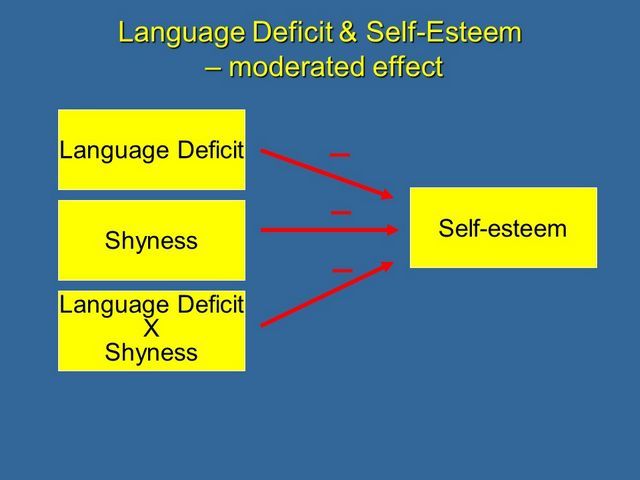 So you need to be careful to ensure that your form of analysis – mediation or moderation – matches your theoretical model precisely.

NEXT: 5. Example of a Basic Test of Mediation