Path models are built up from basic models of moderation and/or mediation.

It is common in psychology for the terms moderator and mediator to be used interchangeably. However, they are conceptually different.

“In general terms, a moderator is a qualitative (e.g., sex, race class) or quantitative (e.g., level of reward) variable that affects the direction and or strength of the relation between an independent or predictor variable and a dependent or criterion variable.” (Baron & Kenny, 1986, p 1174). 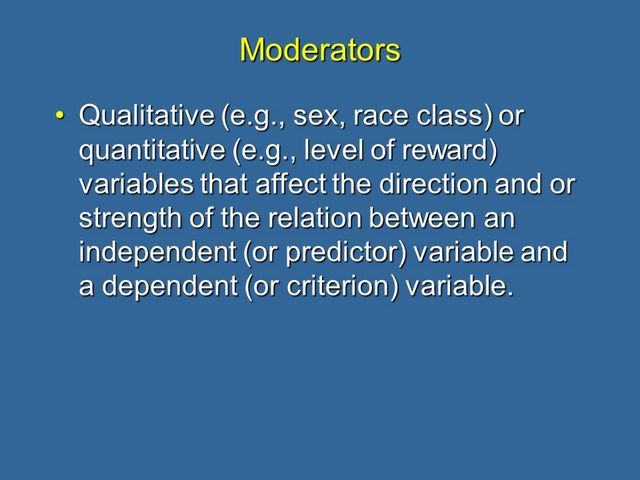 Moderators are familiar in ANOVA where a basic moderator effect may be represented as an interaction between a focal independent variable and a factor that specifies the approximate conditions for its operation. It can be represented as a path diagram… 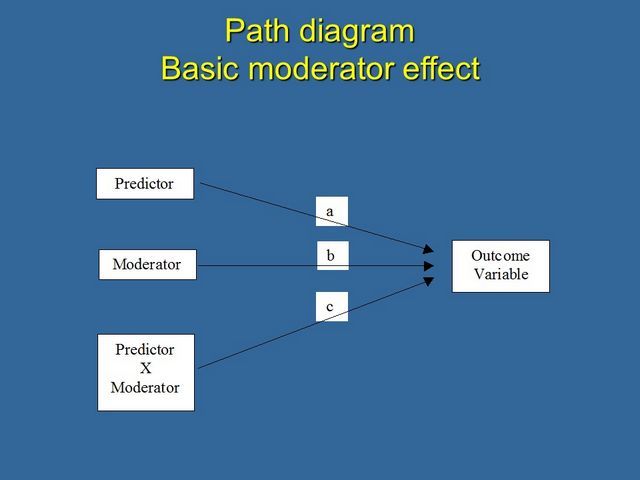 It is desirable that the moderator variable be uncorrelated with both the predictor and the criterion to provide a clearly interpretable interaction term.

The marital satisfaction is regressed on predictor, moderator, and the predictor X moderator term. Moderator effects are indicated by the significant effect of the third term (personality similarity X age difference) while the other two terms are controlled for in the regression analysis. 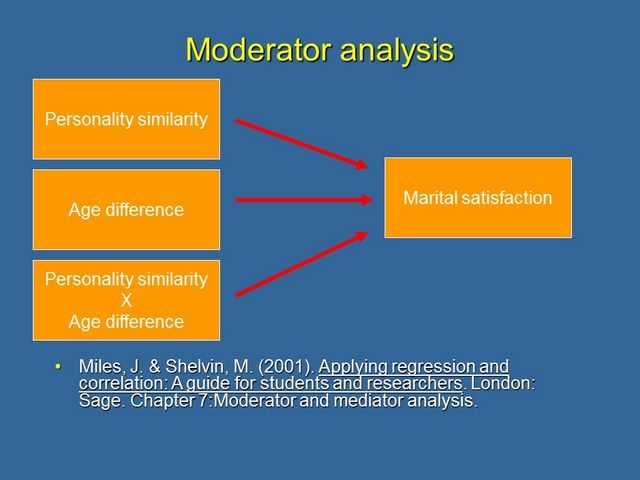 “In general, a variable may be said to act as a mediator to the extent that it accounts for the relation between the predictor and the criterion. Mediators explain how external physical events take on internal psychological significance. Whereas moderator variables specify when certain effects will hold, mediators speak to how or why such effects occur.” (Baron & Kenny, 1986, p 1176). 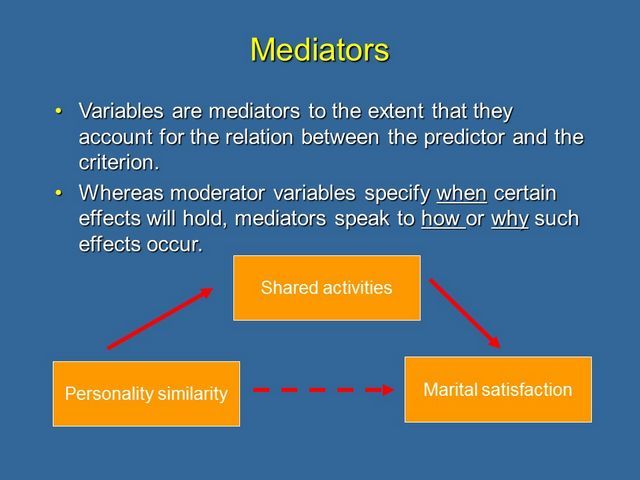 Additional difference between moderators and mediators

Moderator variables always function as independent variables, whereas mediating events are viewed either as effects or as causes, depending on the stage of the mediational analysis.

That is, whereas a moderator and predictor are at the same level in regard to their role as causal variables antecedent to a criterion effect, a predictor is causally antecedent to the mediator.

My recommended books on Moderation and Mediation

This is the latest and best book currently in my opinion:
Andrew Hayes (2017). Introduction to Mediation, Moderation, and Conditional Process Analysis, Second Edition: A Regression-Based Approach.

This is a concise explanation I found very useful for preparing this course:
Miles, J. & Shelvin, M. (2001). Applying regression and correlation: A guide for students and researchers. London: Sage.

NEXT: 4. Example of the Difference between Moderation and Mediation