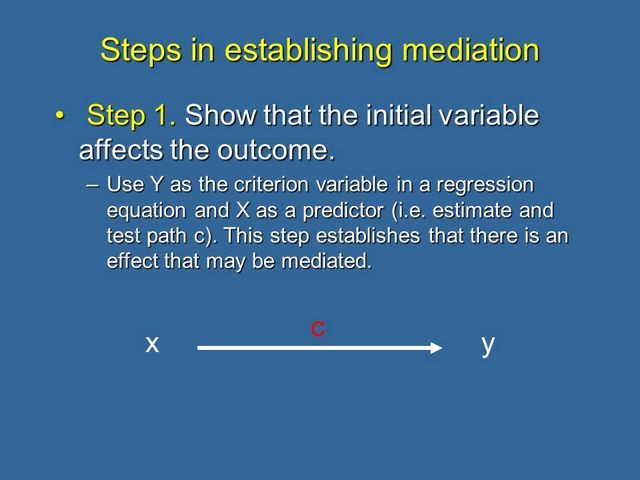 Let’s start by decomposing mediation into a number of causal steps as described by Baron & Kenny (1986). We’ll use our mediation model for the effects of Visual Anonymity on Group Attraction, mediated by Self-Categorization.

The fist step is to show that the initial variable affects the outcome. In our model, we need to show that visual anonymity affects group attraction. Let’s call this path c. 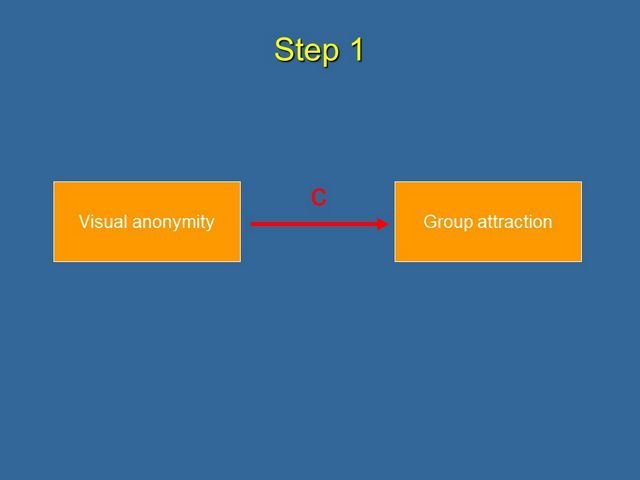 In order to measure this effect (path c), we need to do a simple linear regression of the criterion variable (Group Attraction) on the predictor variable (Visual Anonymity). If there is a significant effect, we know that an effect is present, and we can proceed in, Step 2, to test whether the effect is mediated.