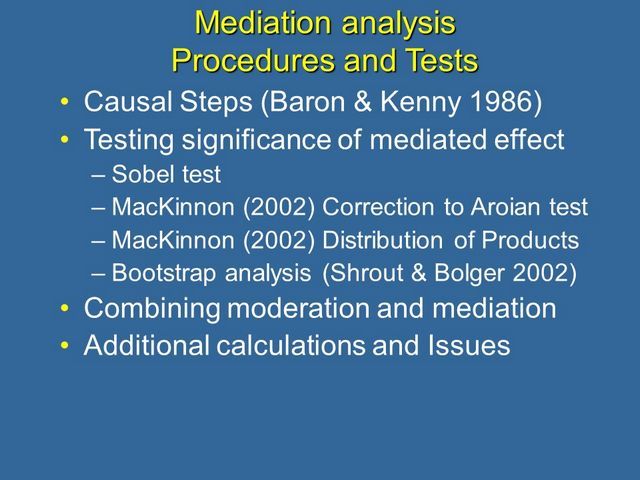 So how do we go about doing a mediation analysis? In the next four posts I’ll take you through the main approaches to testing for a significant mediation effect.

We’ll first look at the Causal Steps approach, made famous by Baron & Kenny (1986).

Then we’ll look at several modern approaches for testing the significance of a mediated effect.

We’ll also discuss which test is best to use.