In simple regression a single dependent or criterion variable is related to a single independent variable or predictor variable. 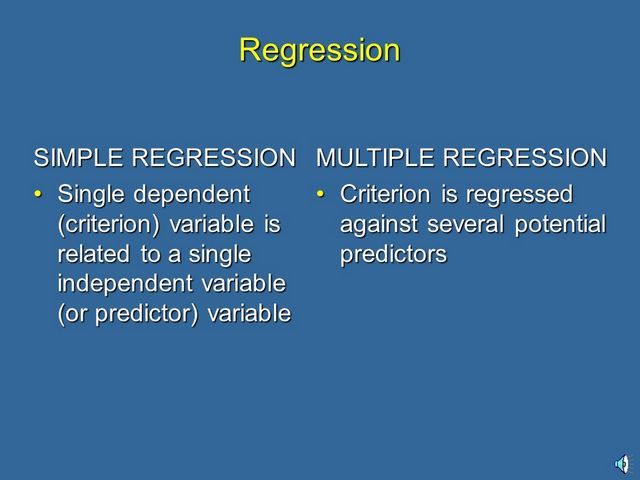 For example, a simple regression might be: can marital satisfaction be predicted from the degree of personality similarity between partners?

In other words, marital satisfaction is regressed against the degree to which the partners have similar personalities. 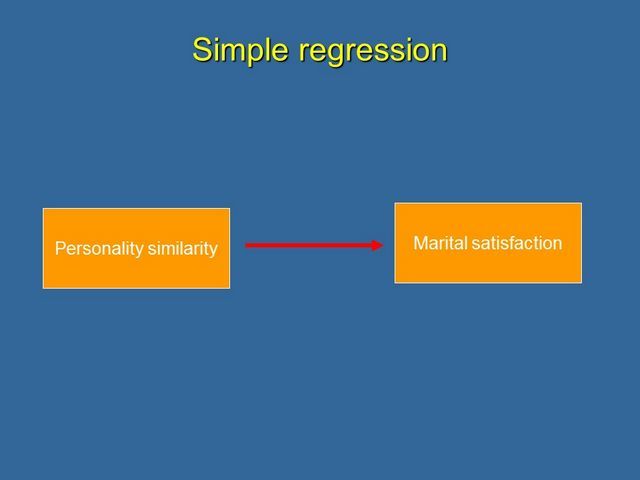 A multiple regression might be: can marital satisfaction be predicted from personality similarity, and age difference of partners? 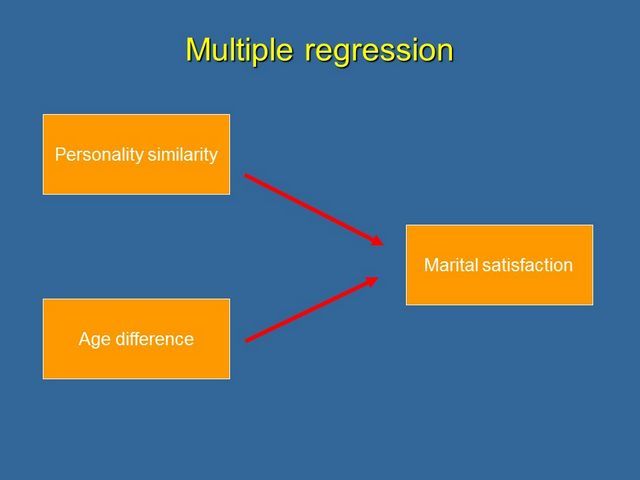 Here’s our example incorporating moderation i.e., an interaction between the two main factors. 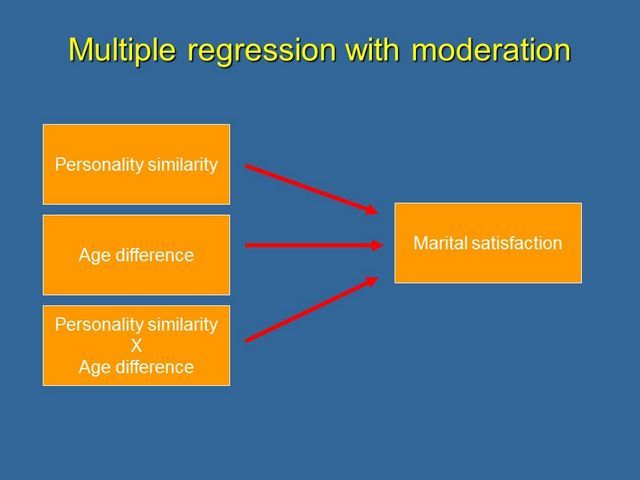 I was an academic researcher before starting my web design business in 2013. I build WordPress websites exclusively for researchers, authors, educators, and therapists. View my Portfolio or read my DIY Tips.